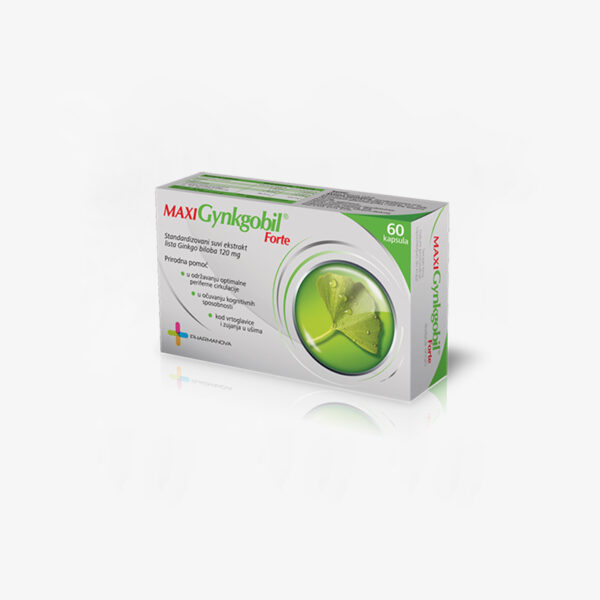 FOR YOUR CLEAR AND YOUNG THOUGHTS

Extract of Ginkgo biloba contains numerous active compounds (flavonoid Heterozoids, ginkgolides and bilobalide) that improve the fluidity of blood and microcirculation. This increases the supply of oxygen and nutrients which helps the brain, especially in the elderly people whose capacity is reduced to its utilization. Therefore, this extract has a very positive effect on the process of memory, reasoning ability and power of concentration. The active principles of the extract of ginkgo stimulates circulation, are recommended in disorders of peripheral circulation, which is accompanied by a feeling of coldness in the extremities, pain and cramps in the legs – especially during walking. Ginkgo extract has anti-ischemic, edematous, anti-allergic , antioxidant and anti-inflammatory effects, and this extract manifest neuro and cardio protective effects.

Gynkobilboa is recommended:
– in a weakened mental capacity, reduced concentration and attention, impaired memory, especially for elderly people
– with increased intellectual strain
– in the prevention of stroke and heart attack
– poor circulation in the legs, intermittent claudication
– in vertigo and buzzing in the ears vascular origin
– with poor vision caused by disturbances in the microcirculation of the eye
– as an effective natural antioxidant

Be the first to review “Gynkgobil®” Cancel reply