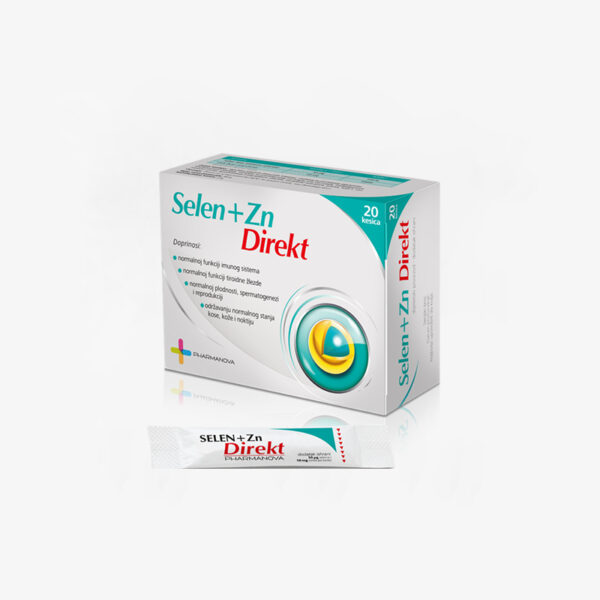 Minerals that protect health and immunity!

Why should we use vitamin C + Zn

Selenium and Zinc are powerful antioxidants.

In the human body, a kind of war constantly takes place between the oxidized oxygen molecules and the antioxidant powers of the organism. The cause of many diseases is the action of free radicals. Free radicals are toxic because they attack molecules, damage proteins, disrupt cell membranes, and cause cell death. They are the main culprits for many negative changes in the body that are reflected in our defense system. Free radicals are produced by stress, increased physical exertion, heavy metals, smog, tobacco smoke and UV radiation. Antioxidants in our body fight against free radicals. They are substances that directly prevent the formation of free radicals and destroy those already created. Selenium and zinc, as powerful antioxidants, protect cells from oxidative stress. Selenium and zinc are elements found in small amounts in the body, essential for the normal functioning of the body. Selenium is a trace or micromineral element, extremely important because it is required for the action of many selenium-dependent enzymes (selenoproteins). Respectively, the function of selenium in our body is manifested precisely through selenoproteins, which play a role in the synthesis of the active form of thyroid hormone, immune response, spermatogenesis and protection of the body against oxidative stress.

Hormones secreted by the thyroid gland regulate many processes in the body, such as body temperature, metabolism, heart function, and nervous system function. These hormones also affect the appearance and quality of the skin and hair. All this gives this little thing, located in the front of the neck, a big role in the functioning of our body. The highest concentration of selenium in our body is found in the thyroid gland because selenium is an essential component of enzymes that convert inactive hormone T4 to active hormone T3. Therefore, selenium is one of the major allies of the thyroid gland, and selenium supplementation plays an important role in treating thyroid dysfunction.

Spermatogenesis is a complex process of sperm formation. The role of selenium in spermatogenesis is reflected in two selenoproteins. Glutathione peroxidase phospholine peroxidase and Selenoprotein P. Glutathione peroxidase is the major selenoprotein in tests and is the major link between selenium, sperm quality and male reproduction. Selenoprotein P is a plasma protein needed to deliver selenium to the testes. A new Australian study from the University of Adelaide has shown for the first time that the antioxidant micronutrient selenium plays an essential role in maintaining women’s reproductive health. Selenium is known to be essential for male reproduction. The study noted that the amount of selenium and selenoproteins increased in large and healthy ovarian follicles. Selenium is therefore thought to play a key role in antioxidants during the final stage of follicle development, thus providing a healthy environment for the egg.

Selenium is an important mineral for the immune system to function at its optimal level. Without adequate levels of selenium in the body, the immune system is more susceptible to attacks. If there is not enough selenium in the body, the body is more likely to succumb to more frequent infections and need more time to recover from infections. This is because viruses are much easier to replicate in the body if the level of selenoprotein in the cells is insufficient. Selenium enhances the protective role of the immune system by improving the action of T lymphocytes and macrophages. Selenium is beneficial in all conditions of weakened immunity. Zinc is an essential mineral. It is a trace element because it is found in a small amount in the body, but it is essential for the normal functioning of the body. It is necessary for growth and development, for the functioning of the immune system, helps in faster healing of wounds, affects the formation of sperm and testosterone. Zinc is used in the prevention of colds and flu, or in chronic infections, as it boosts the immune system and plays an antioxidant role.

The combined effect of selenium and zinc

Both minerals, which are part of the preparation Selen + Zn Direct, contribute to the normal functioning of the immune system and protect cells from oxidative stress, participate in the maintenance of normal skin, hair and nail conditions. Selenium contributes to normal thyroid function and spermatogenesis, while zinc contributes to normal reproduction.

Be the first to review “Selen + Zn Direkt” Cancel reply